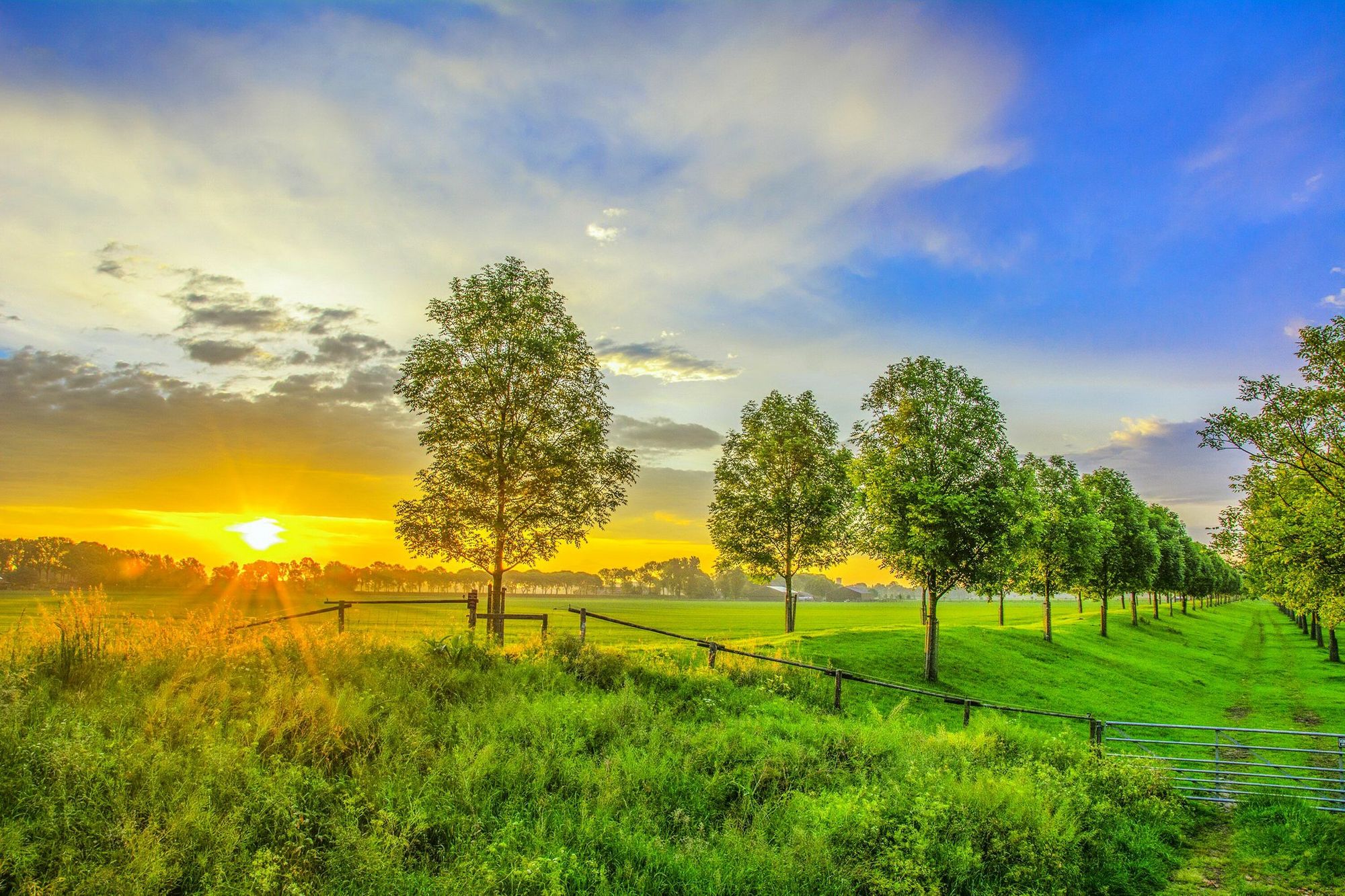 This is the first of a series of posts that I will present on how your application can use Event Sourcing and CQRS for specific domains with an open-source library that I am developing called Incident.

UPDATE: this post is updated with Incident latest version 0.6.0, including its configuration.

My first contact with Event Sourcing was back in 2016 when I was working for Raise Marketplace and I led a project that the goal was to solve an accounting burden regarding seller payments. As a marketplace, in a nutshell, a buyer pays for something, the company gets a commission and the seller receives the remaining funds. Track the money flow, depending on the options the marketplace offers, can become complex. In that specific case, sellers could opt for combining funds to be paid daily, via different methods such as check, PayPal, ACH, and so on, or decide to request funds one by one. Around all of that, there was a fraud detection process, transfer limits, a different category of sellers, and so on.

Before Event Sourcing, there was a lack of a cohesive way to track the steps of each fund, from buyer to seller, and all possible scenarios. And when that comes to accounting people, it becomes a nightmare.

With well-defined commands, events, and logic associated with them, it became more clear the information the Accounting department needed at the time.

Later on, I had the opportunity to work on other personal projects using Event Sourcing so I decided to build something to help me moving forward, and from that learning came Incident.

What is Event Sourcing?

Event Sourcing is a design pattern that defines that the state changes of an entity are stored as a sequence of events. Events are the source of truth and immutable, and the current state of any entity is playing all events of the entity in the order they happened.

If you are new to Event Sourcing and CQRS I highly recommend watch Greg Young's presentation at Code on the Beach 2014 before moving forward as my intention with this blog post series is not to present Event Sourcing principles per se and the details but how those principles were used in the implementation.

What Event Sourcing is not?

One of the misconceptions that I often see is that if you decide to use Event Sourcing you should apply it to your entire system, to all your domains. This is  wrong in my opinion, an anti-pattern and you should avoid at all costs as unlikely all your domains will suit.

Another fact, Event Sourcing is not new, many industries using "Event Sourcing" concepts even not naming the same way. Accounting keeps track of all account operations, your medical record is about your health history, contracts don't change, they have addendums, and so on.

When I decided to implement a new library, based on my learning through other projects, I had some goals in mind that I'd like to achieve:

Events are the source of truth in any Event Sourcing domain, they are immutable and they are used to calculate the current state of any aggregate (or entity) at any time. All the events of any type, for any aggregate type, are stored in the Event Store in a single table.

The projections are the representation of the current state of an aggregate and they are very similar to what any system that does not use Event Sourcing has. The domain will have as many projection tables as you need but usually, you will have one table for each entity type. All projection tables are stored in the Projection Store.

The following diagram helps understand the separation between the command model from the query model, and their responsibilities as well.

One of the things that I see when implementing Event Sourcing that makes it harder is to try to manage aggregate logic, aggregate state data structure, and aggregate state logic in the same place. Incident does a little differently.

The Aggregate State defines the initial state of an Aggregate and it is able to calculate the current state by replaying all the events through the aggregate logic.

Back in 2013, Greg Young tweeted the following:

Incident follows that principle with the Aggregate logic in a nutshell being:

And part of the Aggregate State logic is similar to:

In this series we will be using Incident to implement the Account domain of a Bank system for these main reasons:

Other common domains of a typical Bank system, for example, Client Profile, Authentication/Authorization won't be the focus of the Incident implementation as they are not a good fit, at least not in our case. This is to emphasize the fact that you don't need to have Event Sourcing in your entire system.

Let's create a new application for our Bank, including the supervision tree. As a side note, I am using Elixir 1.11 in this series so some of the Elixir configuration details might vary depending on the version you are using.

Add Incident in mix.exs, fetch and compile the dependencies:

Generate Ecto Repos for the Event Store and Projection Store, this will create the repo modules:

In your application config/config.exs specify the Ecto repos:

In your application config/dev|test|prod.exs (the example below defines two separated databases but it could be the same one), set up the database access for Ecto for each environment:

Incident will be started under your supervisiont tree with proper configuration based on the adapter you are using. Also, add the Ecto repo modules in your lib/bank/application.ex:

Create the database(s), generate the Incident events table migration, and run the migrations:

The setup is done, it seems a lot but most of it is a common setup needed for any application using Ecto.

As we will keep track of bank accounts, we will define some initial components that are defined only once, and then later evolve the aggregate with the logic that will be based on the operations we want the aggregate to respond to.

We will need to present to the user some bank account information. So we will define one projection that will contain the current state of the bank accounts. Generate an Ecto migration as below, please notice the -r flag that specifies which repo the migration will be:

Populate the migration with the following fields. Besides the desired fields related to bank account data, every projection should also contain version, event_id, and event_date fields. They inform the last event that updated the projection and how many events were applied to it:

Our First Command and Event

The first operation we will allow is the ability to open a bank account. One of the advantages of Event Sourcing is called ubiquitous language. Every operation in the application is called by what normally the business understands it. Instead of creating a bank account, that is very database-driven, a bank account would be opened. This same language guides us on how we name commands (intentions) and events (facts), there is no need for business > technical, or vice-versa, translations.

Let's define an Open Account command. Commands in Incident define the command data and also can validate themselves. You can use Elixir structs or Ecto Schemas with Changesets, as long as it implements valid?/1.

Then, let's create an event data structure called Account Opened to hold the data to reference the successful operation. Similar to commands, event data can be implemented using Ecto Schema or Elixir structs.

Any operation in our bank application will happen or not based on some logic that we will define. The place for this logic is the Bank Account aggregate module. We also need to create the Bank Account State, that will specify what is the initial state of a bank account:

In our opening account logic, we simply check if the account number already exists, if not, an event is returned, otherwise, the error is returned.

An Incident event handler implements listen/2 that pattern matches the event type, in the AccountOpened example we ask the aggregate to return the new state, and based on that we build the data to be projected. Depending on the event type you can perform other side effects and we will see that in the following posts in this series.

There is only one missing piece, the entry point. The Command Handler is responsible for that, each command handler specifies what aggregate and event handler should be used.

With that in place, you can start issuing commands via Bank.BankAccountCommandHandler.receive/1:

With Incident you can implement Event Sourcing in specific domains in your application. The library will take care of the foundation pieces internally, guiding you through some of the Event Sourcing aspects and components, but at the same time, giving you total control and flexibility in terms of your application logic and processing. With all of the good things present in Elixir, you can decide, for example, what level of concurrency you want, if you need, but Incident will not force you.

The idea behind Incident is being a framework for the Event Sourcing related things, relying on adopted persistence solutions like Ecto, but allowing your application to leverage what you prefer on anything else.

Lots of the code in this first post of the series were setting up things that are very common in most Elixir applications that use Postgres, and some one-time Incident configuration.

The next posts will cover other use-cases in the bank application and the majority of the code will be logic to declare the next operations, some of them, simple, but others, complex.

Check the Incident Github repo for the complete bank application example, including lots of integration tests. Feel free to share it and contribute, the library is somehow new, and any feedback is welcomed. See you soon!